Written by Mārtiņš K., translated and details added by Agnese

We are getting up early as we have agreed before – at 7am. The other kupe growls as usual that there should still be time to sleep. They are actually right – we arrive at the destination station 2 hours later than planned.
Improvised policeman set up by army are everywhere in Urumchi/Urumqi city. On the one hand we have a feeling of safety because of the high security, on the other hand, of course, it wouldn’t be nice to get in rougher checks and get fumbled. The most frightening fact to me is that somebody could take away the knife given to me as a present from a friend of mine. Metal detector beeps, but the lady fumbles my pockets and lets go.
—
The seats on the later train which would be the best according to the schedule (evening) are sold out. So are all places on at least 2 other reasonably good trains and all the sleeping places on all trains today. The best places we could get are soft seats for a train that leaves at about 4pm, therefore we won’t have much time in the city. But it’s better to take this train than wait till tomorrow, so we buy the tickets.
—
We arrange two cabs which could take us to museum of minerals. The agreed price is 25yuans for each. Our cab takes us to a wrong place at first – to history or similar museum. After short expounding, we arrive at our proper destination. The first group reports that the museum is closed, however the main object of interest for our astronomers – the huge meteorite – is found exposed next to the museum and we can see it. We take a picture of ourselves and tick off this item from our must-see list.
It’s drizzling small drizzle, but as the temperature of the air is not low there’s no threat of getting soaked. We decide to go to Urumchi Red hill park.
Me, Mārtiņš M and Everita want to go by foot, which we do. Others take a cab. Initially we follow the intuition and hopefully head in the right direction. Of course, it turns out to be wrong. A lady on the street explains that we should go in completely opposite direction.
It is interesting to observe both daily rhythm of local people and local lazybones.
The rain gets more intense and we get a bit wet. On our way to the park we realize that it won’t be possible to get there more or less along azimuth, and to reach the entrance we need to make a detour of several blocks size. In a little while we arrive at the destination. 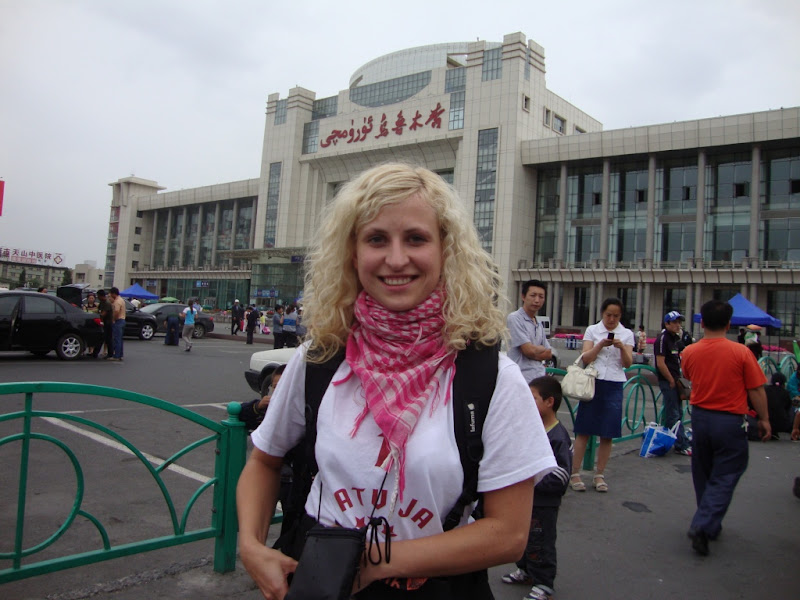 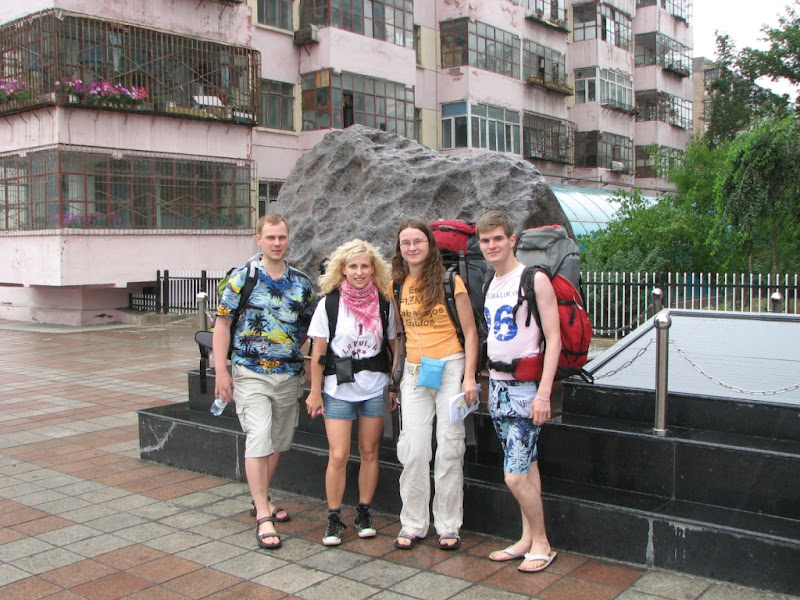 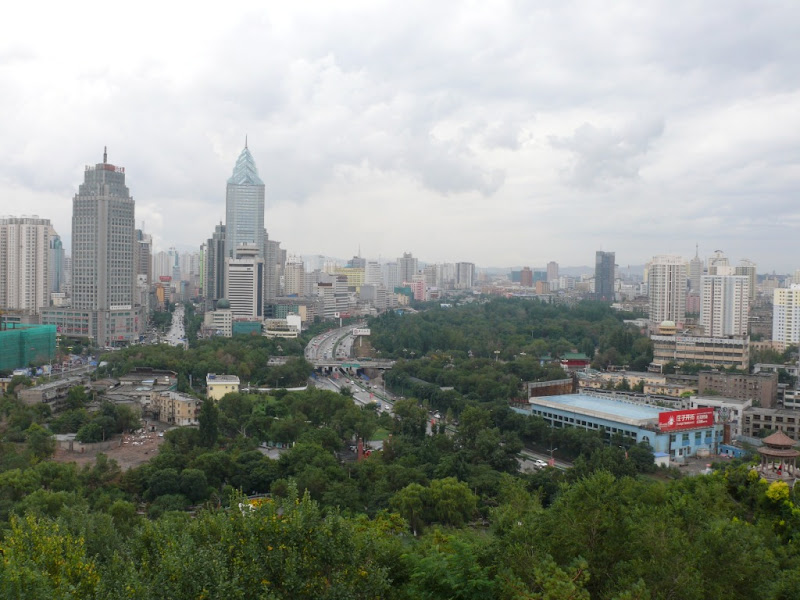 When we start walking in the park, the drizzle stops and we get dry very quickly. The park offers very interesting and extensive scenery of the city.
—
After the walk in the park we get some cash from ATM and bank. The first ATM we notice on our way, works with our bank cards, which seems quite surprising for Agnese as she has read that there might not be more than couple ATMs in this whole city. We continue to supermarket to buy some needed products while Agnese and Mārtiņš M. tries (more or less successfully) to get prepaid SIM card from some Chinese operator.
—
A bit of stress and a bit more stress about some irresponsibility or something like that, as we thought at that time. We bought also some cognac, which was probably produced or bottled in China.
And then for 15 yuans per each of the 2 cabs we get back to railway station to go further.

At the entrance of railway station there are metal detector checks again. Me and Mārtiņš M are asked to open bags for detailed check. The manual metal detector beeps because of knife that’s attached to my belt under shirt, however as there is camera battery close by in the pocket, they find that and ask to show. Mārtiņš M. was asked if he has a knife or anything like that in the bag. And he honestly shows his knife. I answer without lying that I don’t have knife in the bag.

I was let go, however problems arise with the knife of Mārtiņš M. It appears that we would have needed to declare or file or similarly note such things. As the train leaves in couple of minutes, there’s no time to discuss about the conflict, and the knife is given away for confiscation voluntarily.