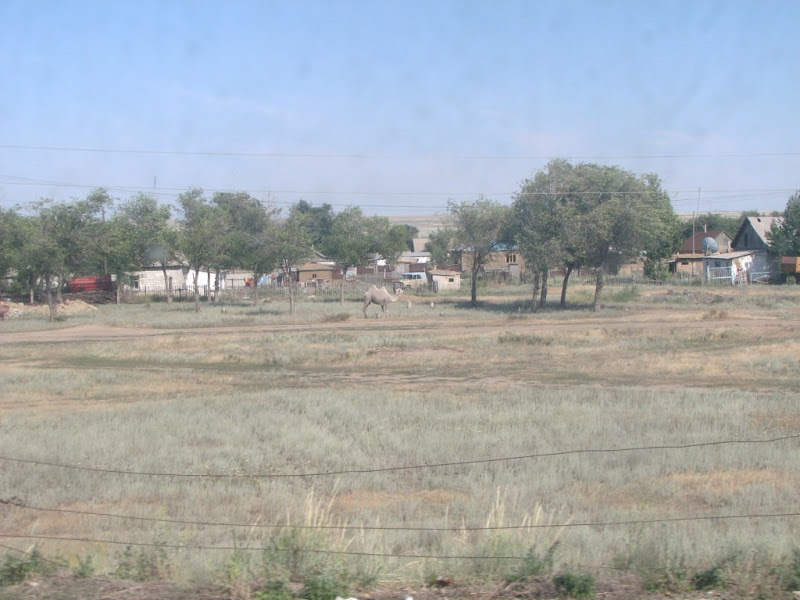 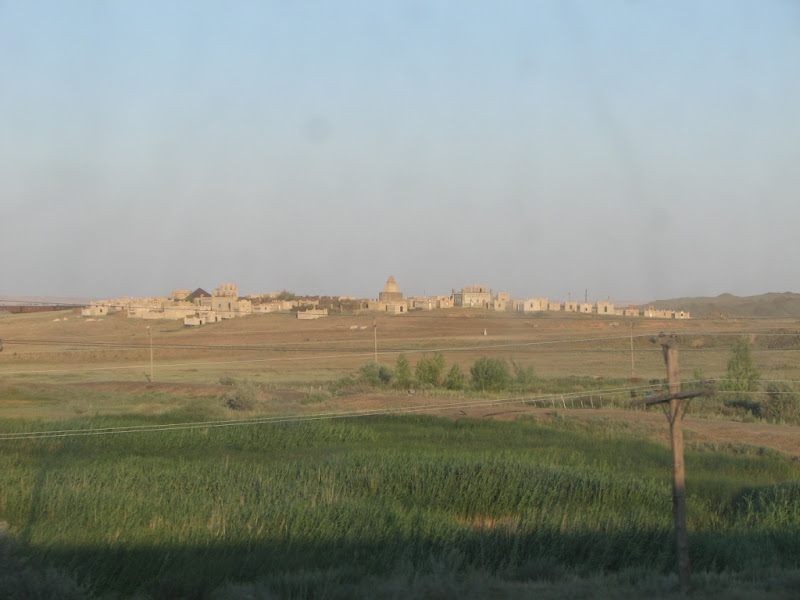 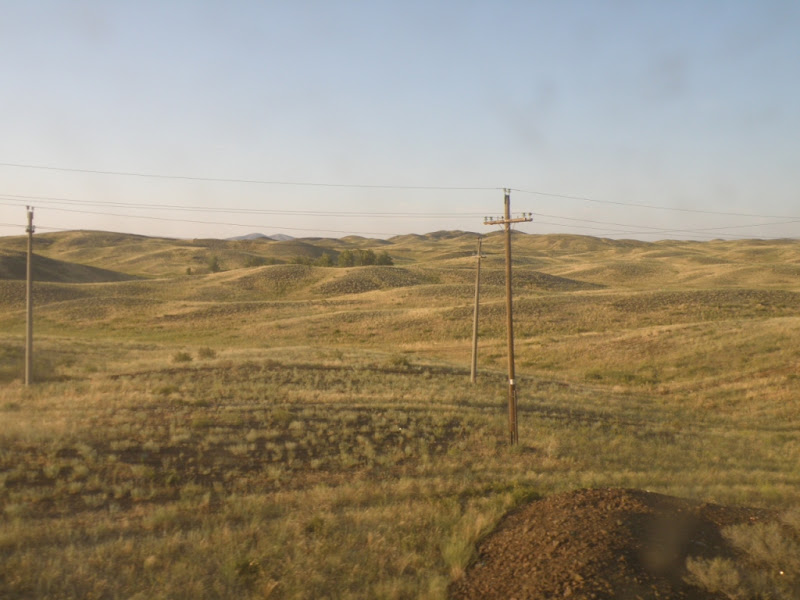 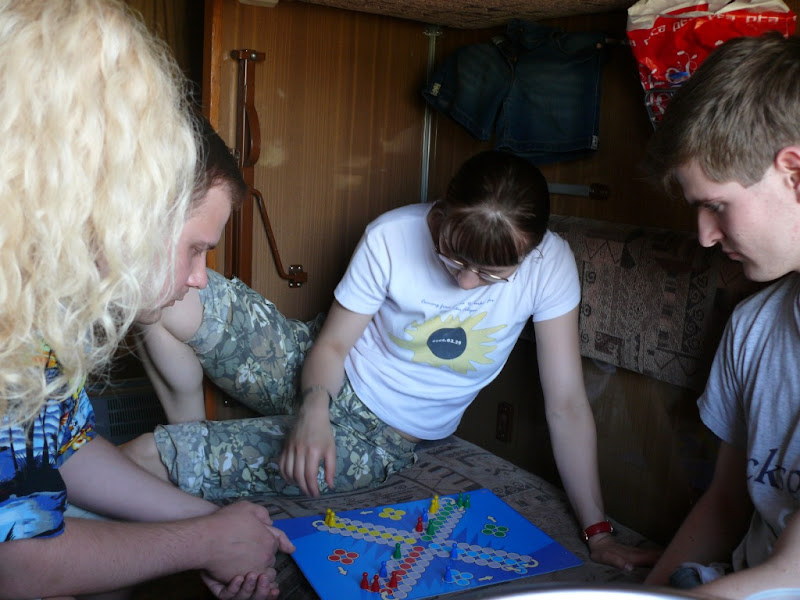 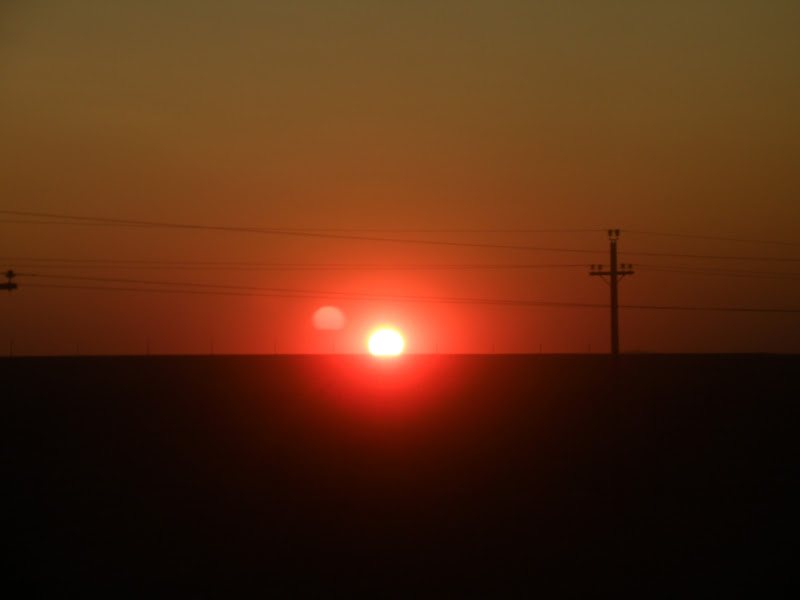 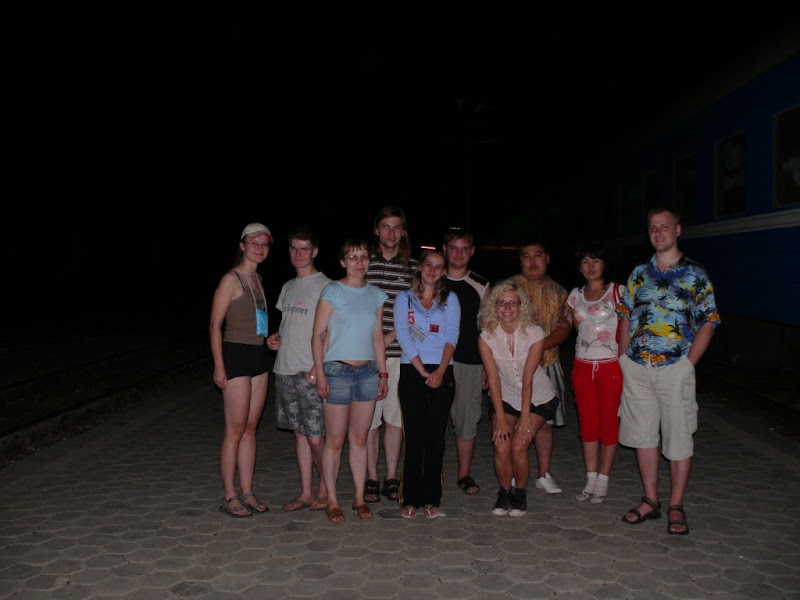 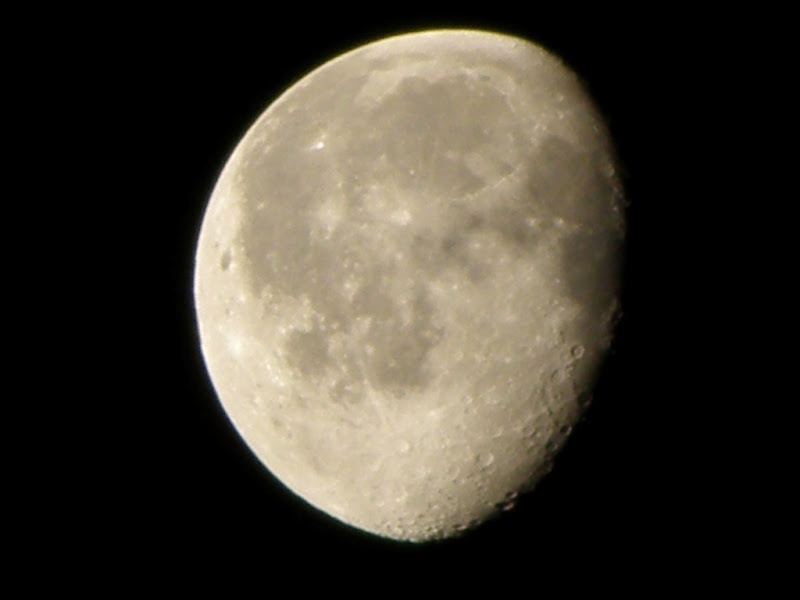 We wake up late. It’s ok – we will spend all the day in the train. On some stops we get out of the train for some minutes to take photos or just to breath fresh(or just different) air. It’s very hot outside and we don’t feel very clean, although the train has a sink in the toilet. The toilet is quite the same as in previous train and we have got used to it. The train has a nice and very communicable provodnica (train attendant). She stops and tells something interesting whenever she walks by our kupe. She and everyone else on the train is speaking only Russian, so not everybody of us understood everything. Sometimes we translate to Anders, but sometimes we don’t as it is toooo much that needs to be translated.

This is the first day we eat the potato porridge and canned meat we have taken with us. This porridge is also very easy to prepare – just add hot water and stir. Each of us gets 3.5 spoons of hot porridge and a can of meat. It become less and less trees outside the window and the scenery changes. Still most of the stops are quite green. We are crossing river Volga not long after Saratov city terminal. A really huge river. It’s possible to see the railway bridge before crossing, as the train route makes a curve. 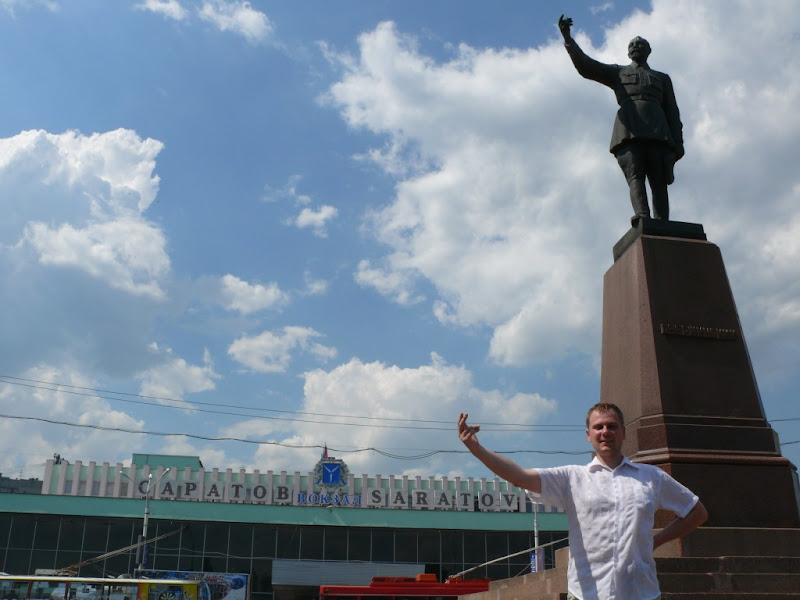 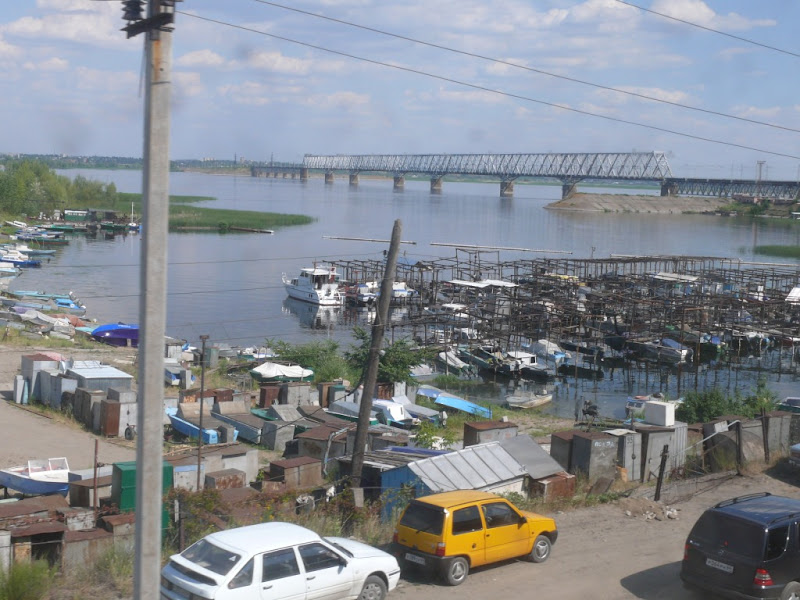 Something is keeping the train, apparently they are checking it especially carefully. We stand on the border 1 hour more than we were supposed to. But the provodnica says that we will catch up afterwards. After Russian side border there still is Kazakhstan side border. The border guards are looking at us for a long time while checking passports. Outside the window music is playing and two drunk local boys are fighting. It’s Friday – party, nothing special

We are going to sleep late. The trees outside the window have got small and short – first signs of steppe. Our carriage has around 4 of 110 Volt electricity sockets in the corridor and 1 220V socket in one WC, and a 120V socket in the other WC. Last evening we charged our mobile phones, this evening the electricity is gone. The provodnica suspects us for charging (malfunctioning) camera which we didn’t do actually.