Train Jurmala – our journey has started

9.07.2009
So our adventures have begun. We left Riga train terminal at 18:10 with bunch of people that came to say goodbye. First minutes flied so fast that I didn’t even notice that my town which is 35km from Riga, is already behind. In some 3 hours we started to think that the journey will be very long and we have no idea what we will do all the time. Though I didn’t feel bored at any moment. We chatted, drank tea and Brengulju beer. In a while we stopped by the border. Time went very slowly, but we had very nice neighbors who gave much of good advice during those times.
Latvian border guards looked in our passports and soon went away. In some half an hour train went further to Russian border. The guards there checked the used bed linens which were kept in a hole under the floor and wanted some of us to open their bags. After that a dog came into train. Luckily he had been fed enough and didn’t want to check the taste of our sausages.

Then we washed and went to sleep. 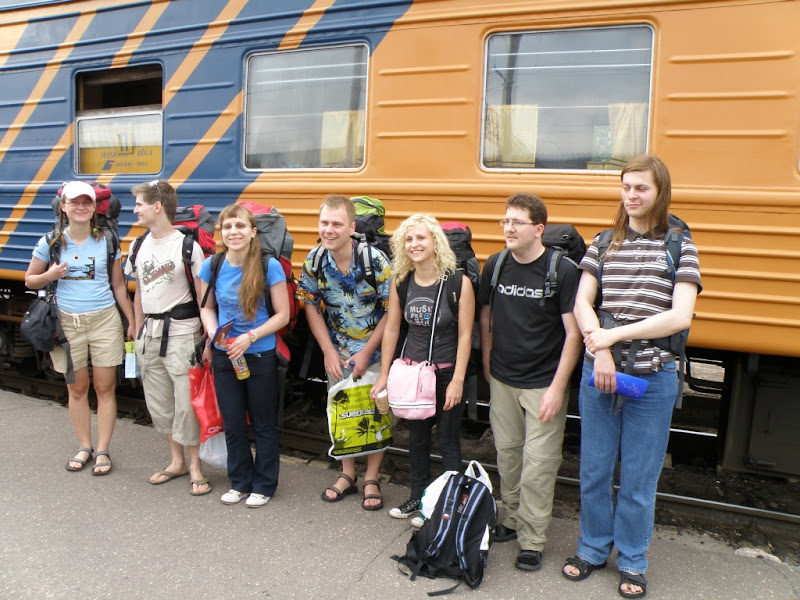 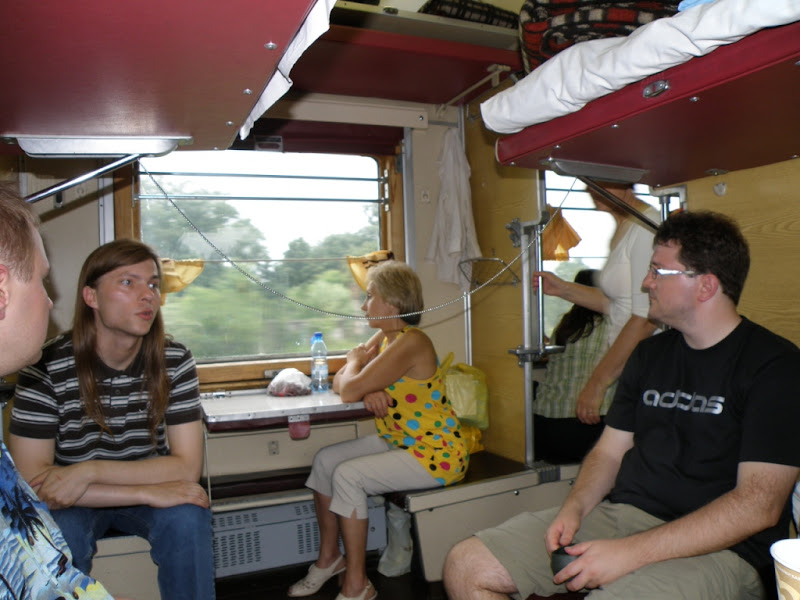 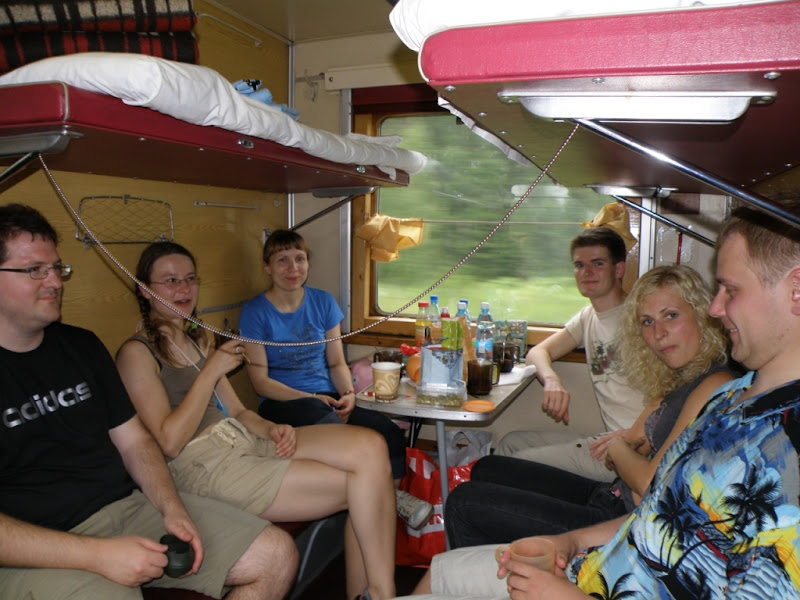 The first impression of the train “Jurmala” was not very good but in a while it became better. We had platzcard tickets because it was too expensive to pay 100LVL just for 1 night ride. Our seats/sleeping places were quite soft and we also put mattresses on them when we went to sleep. I was a bit surprised that there are actually 6 places in one “compartment” – 2 (lower and upper) at one side of the window, 2 at the other side of the window and 2 next to the opposite window. In day there is a table, in night you can fold that to the bed. In day the 2nd “floor” is folded near ceiling. That is why when I looked train pictures on Internet before, it seemed like there are only seats, not sleeping places. However, those seats were really hard in our train, not like the 4 “normal” places which are opposite side. The bed linen were included in the price as well as small not-very-soft towels. The hot water was free of charge and it was hot all the time. 2 cups of tea were free, 0.5 liter bottle of water was free, coffee cost 1LVL. Although it was written that we can get board games and get pack of free cookies, the carriage attendant told that last time they gave free cookies was 3 years ago. And we did not get any board games – they did not have them. 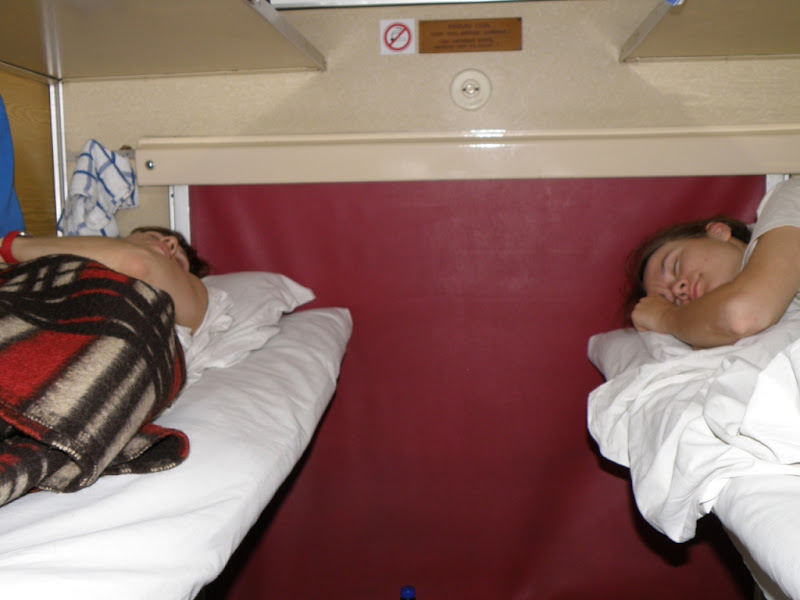 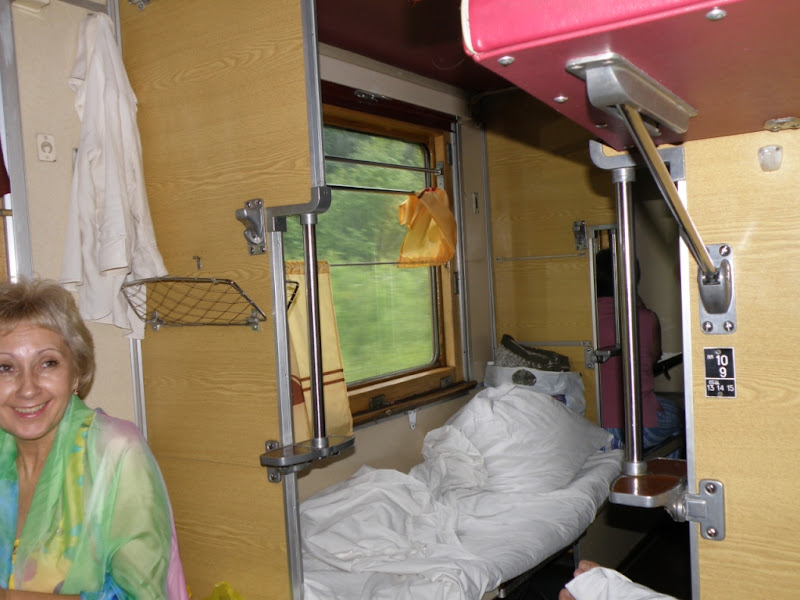